A couple of gringas in Mexico City

We had had all of these responses when we announced to our colleagues, family and friends that we were going to Mexico, and the answers were:

So the shopaholic, real estate agent let’s call her LOLA, (la adventuress) and I planned an adventure to Mexico. True to form there were no tours, but there was a tour leader (me… mspacifica) , and a tour follower, Lola……and THE PLAN.

Actually THE PLAN came from a friend of mine who’s dream itinerary this was, but due to teenagers, plumbing bills, and the government, LIFE got in the way and we went on ahead without her.

The PLAN involved being in Mexico for a festival of music, the Cervantino, and for the Dia de Los Muertos, (the day of the dead) and so we had to work through the long wet and cold winter and hang out until mid October for our adventure.

So…..you might not be on a tour but there are a few precautions and pre planning tips to make sure you arrival is SMOOTH and UNEVENTFUL.

Adventure is good….but not in transit!

Tips for the Independent traveller:

Tip #1: Don’t take too much luggage. Luggage is a burden.

Tip #2: is:do as I say but not as I do. Our limit was to be 10kg. Lola rocked up to the airport with a commendable 12kg, mine was 15kg. The goal was to have space and baggage allowance for shopping.

Tip #3: if you are arriving in a big City late at night have your first couple of nights accommodation booked. The later your get in… the more mainstream you want to go on the accommodation. Apartments and Airbnb’s are great – unless you get it in at 2am! Arriving at night and going straight to bed, can be quite good for minimising jet lag after a long haul.

Tip #4: have a bit of local currency. We had picked up some Mexican pesos in Auckland but could also have done it on arrival. Approximately 10pesos to 1NZ. Easy conversion.

Tip #5: even if you speak Spanish write down your intended hotel address on a Post-it note for the taxi drivers. You are vulnerable after a long flight in a new place with all your worldly belongings on you. Don’t muck about with public transport after a 12+hour flight.

Tip #6: ( big tip) is never to go with a random guy that approaches you directly and offers you a lift, even if they indicate they are with the legitimate company. In South America now a lot of airports and bus stations have Taxi kiosks inside where you book your taxi and pre-pay based upon distance and get a receipt with the address written down, and then you can go without worrying about metres and fleecing.

Tip #7: Check out what day of the week you are going to be in a new big city. Monday’s are notorious for having museums closed, and Sundays can be fun and relaxed but sights may be FULL of locals.

Tip #8: Have a look around at your hotel surroundings as soon as you arrive, find a couple of  unusual buildings – look at the shop or restaurant on the corner, look out the  hotel room window and find a city landmark AND pick up one or two of the hotel’s business cards and put them in your wallet… in case the former advice fails you.

Tip #9: Safe travel Website (NZ). Register with them and let them know your itinerary and contact details in case there is any incidents in Mexico when you are there. It actually works. I got a text from ‘our man in Chile one afternoon in Peru a few years ago and he asked if I was Ok after a big Earthquake on the coast south of Lima. I responded by text, ‘Gracias Roberto, yes I am in Cusco and we didn’t feel it’. When I met my assorted international friends that evening for dinner they were amazed. How wonderful that your government cares! On the site they give guidance about places to avoid, and they are absolutely accurate. If it says High Risk, you will notice the increased tension/activity and should need warnings about travel routes and places to stay.

We flew out of Auckland on Saturday evening and arrived via LA the same evening. Thanks to Air NewZealand the trip was mercifully UNEVENTFUL. After a couple of hours we were off for the short hop to Mexico City. Our first visit there.

We had booked a 2 bedroom apartment in a hotel apartment building. It was fine, although in a tiny street that no taxi driver had ever heard of… and every day we were there it smelt like curry?  And, the staff were too busy chatting on their mobiles to actually serve us and the breakfasts were woeful, but hey, place was clean and reasonably quiet and the beds were comfy. 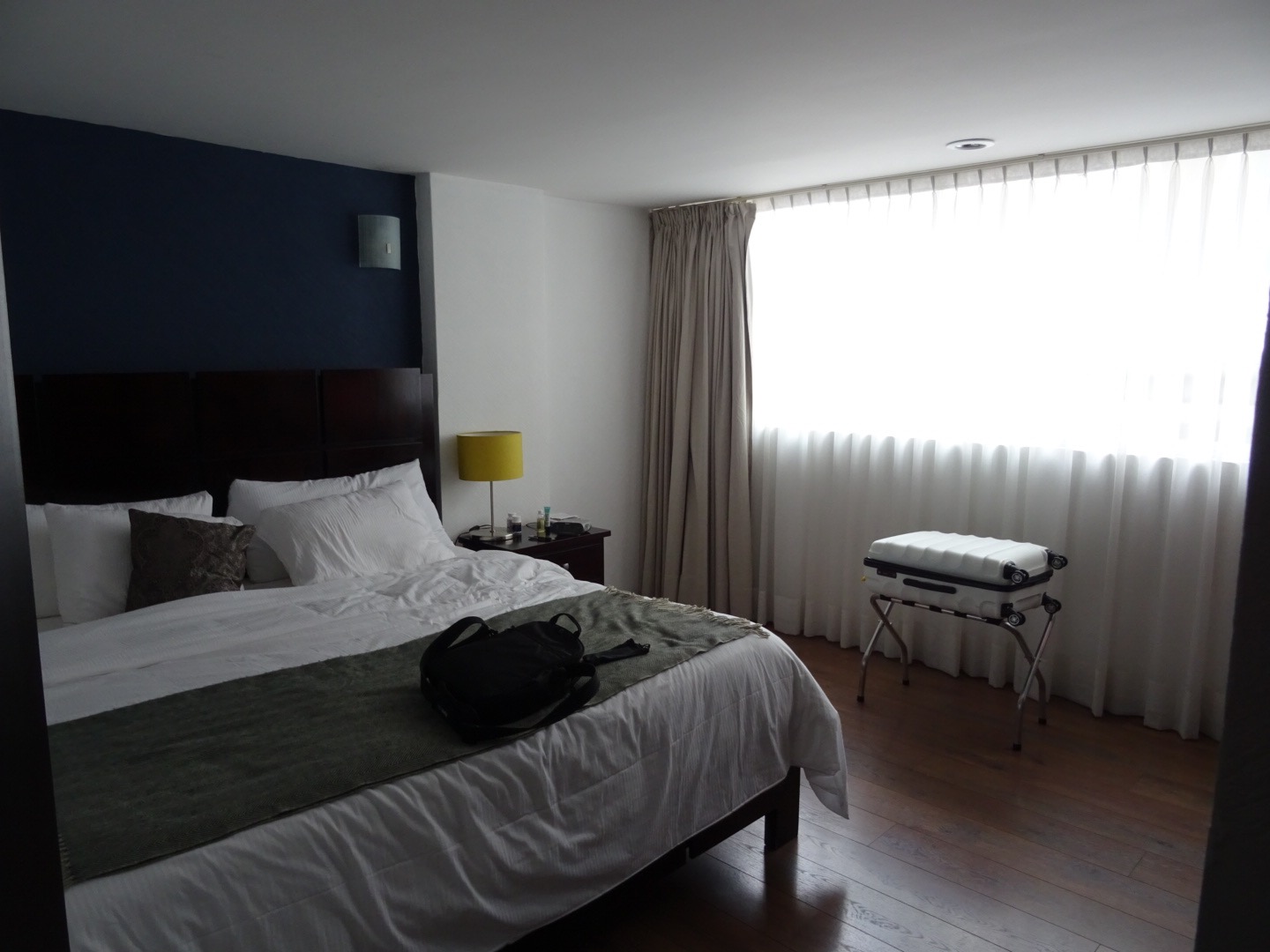 We were quite near a main roundabout Angel de la Independencia with the gold angel on the top… well that didn’t seem to help but maybe it was my pronunciation. Ms Pacifica is a bit of a geography ninja and so likes to study the map pre-arrival and get her bearings even in the taxi on the way in from the airport.